We all keep an eye on changes in the mortgage market. Based on the observations of the analytical portal Fincentrum Hypoindex, 2021 will probably be noted in history as the most successful year in terms of the volume of mortgages issued.

The growth is 63% compared to last year's indicators. In terms of the number of mortgages issued, the increase is approximately 40%. Despite the record volumes, analysts note that mortgage rates increased by 10 percentage points in July. Thus, in August 2021, the average mortgage rate was 2.23%. In August, the average mortgage amount also increased to CZK 3,215,153. The increase amounted to about half a million CZK in annual comparison.

According to analysts, the increase in the average mortgage amount during the increase in interest rates is due to the fact that property prices continue to rise. It should also be noted that over the last year, the apartment prices in Prague have risen by 9.4%. Today, analysts also see no reason to stop or reduce the pace of growth of property prices in the Czech Republic. In their opinion, the average mortgage amount is expected to approach CZK 3.5 million in the next few months. Average mortgage rates will also rise in the near future and, according to analysts' estimates, may approach the January 2020 figures - 3%. Those who decided to buy a property six months ago could thus save significantly. However, if you haven't had time to buy a home yet, you shouldn't be disappointed because mortgage conditions are still quite good now. 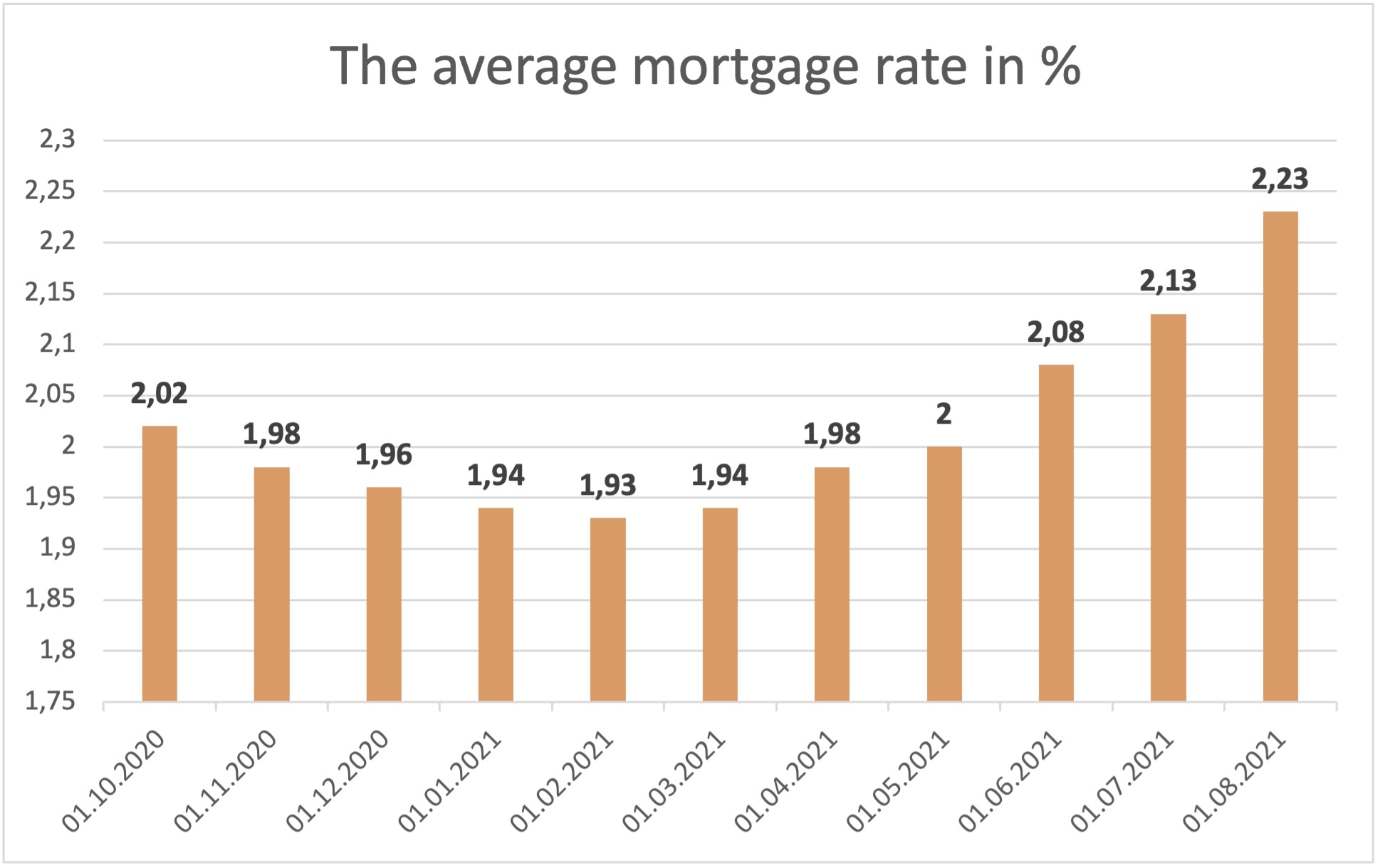