If you have long dreamed of renting a new apartment, moving closer to the city center or to the lucrative district, then now is the best time to do it. According to the consulting company Deloitte, the average apartment rental cost in the Czech Republic decreased by 3.3%, and the level of rental prices approached the indicators of 2018. However, this happened only for a while and the situation will change in the near future.

Analysts believe that there are several reasons. One of them is a tourist decrease due to the pandemic, as there were imposed restrictions on free movement. Investors who rented apartments to tourists on a daily basis began to enter the long-term rental market. Thus, more available apartments appeared in Prague and other tourist cities, which led to the decrees of rental prices. The second reason is the cross-over of students to the distance learning due to the pandemic. In this regard, the rental of apartments located near universities has become more affordable.

However, it is worth noting that in cities where tourism is not so widely developed, and where we can see not so many universities – the average rental price has increased. For example, in Jihlava the growth was 5.4% and in Hradec-Kralove 5.2%, so the rental prices reached there 195 and 221 CZK per square meter. In Prague, the average rental price of 1 square meter is 287 CZK. Thus, we can conclude that with the end of the pandemic, rental prices will not only return to their previous level, but also continue its steadily growth. If you are thinking about renting a new apartment now, then do not miss your chance, as in the near future rental prices will probably significantly increase. Below you can see the price changes in various districts of Prague and other cities. 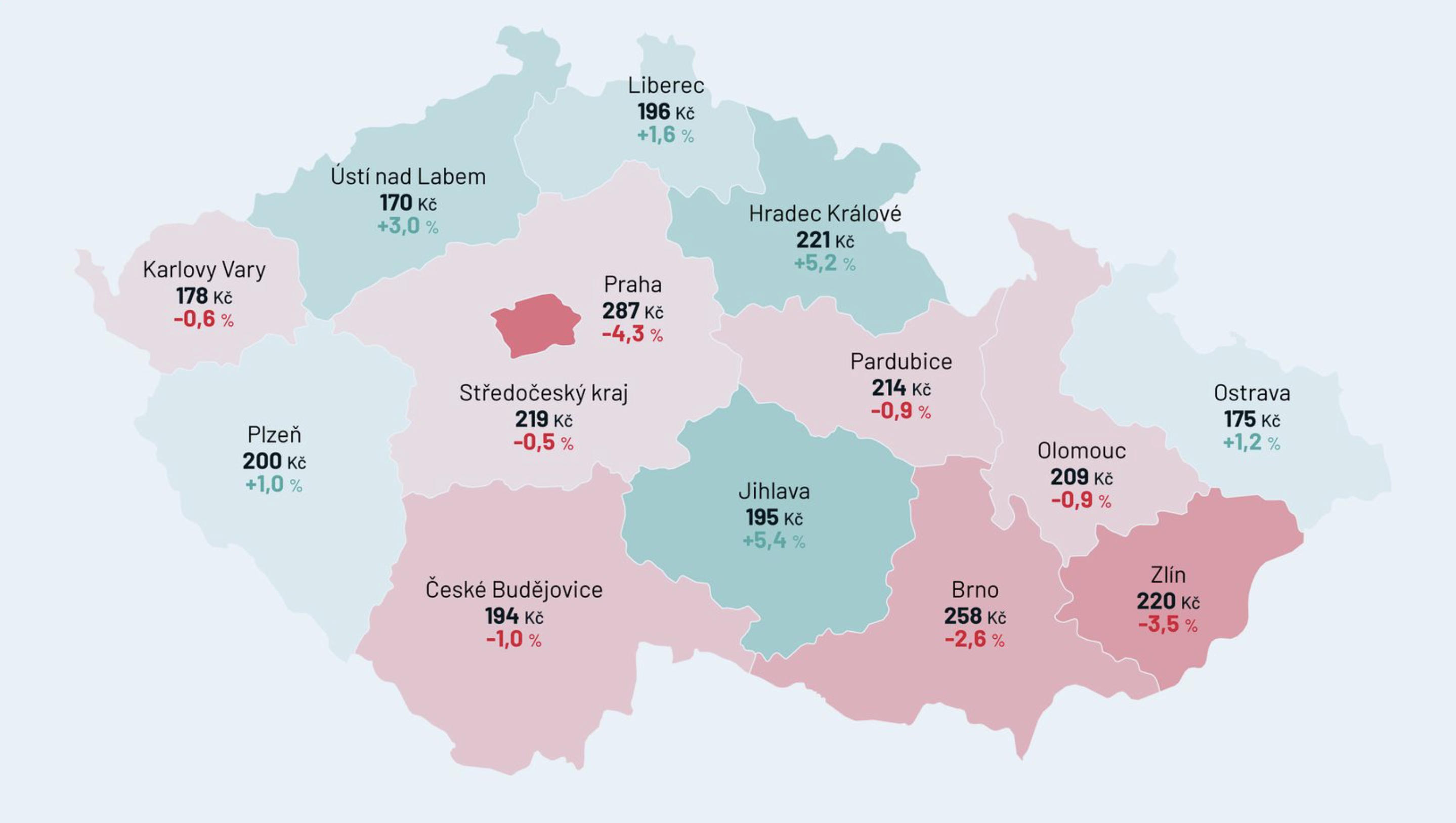 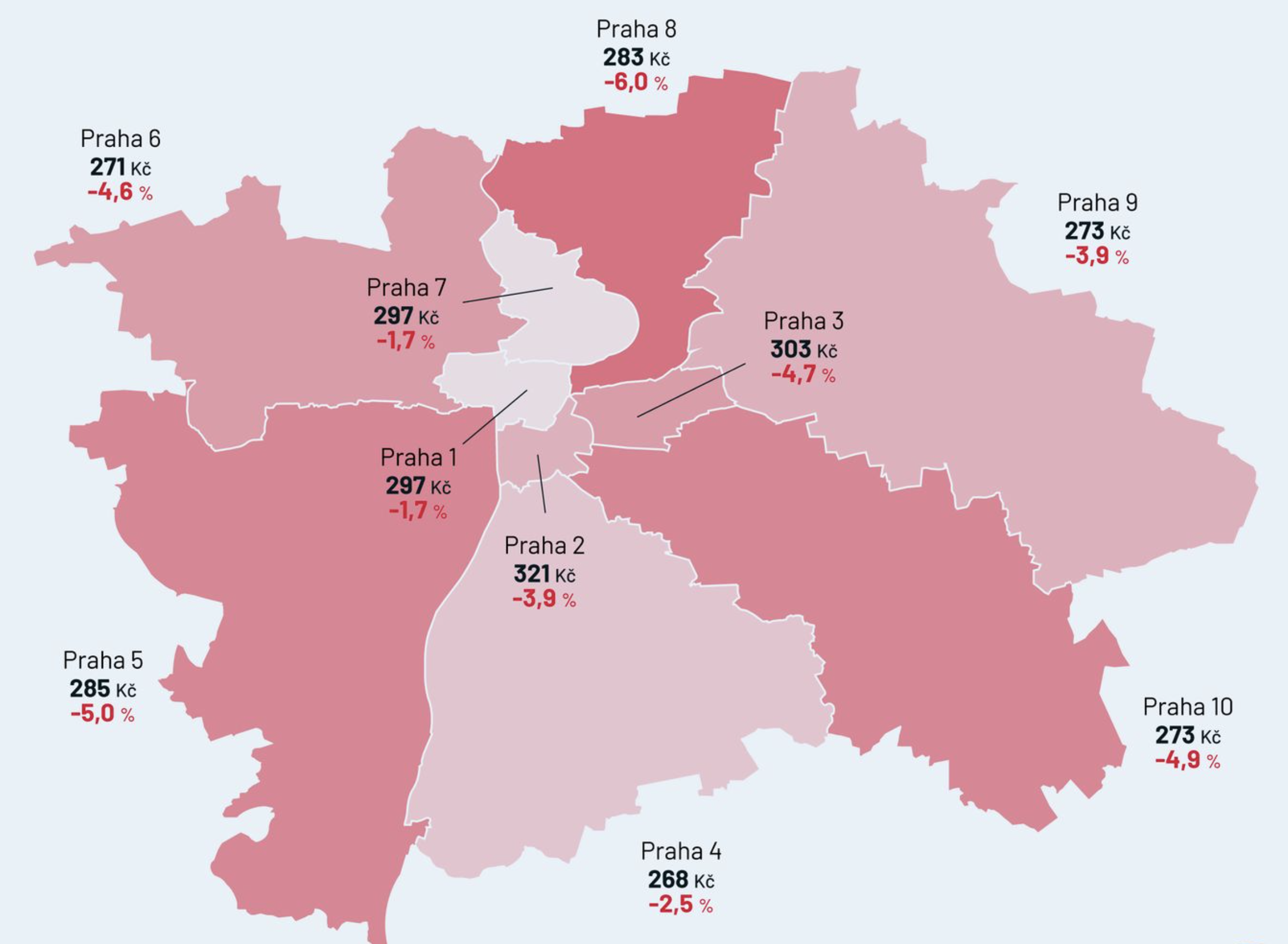