One of the main reasons for growth of property prices in Prague is its shortage. The current annual need of the city for new apartments is at least 10,000 units, but today this is an unachievable goal. Last year, in Prague there were issued the building permits for just 5,492 new apartments, which is almost 2 times lower than the city's needs. The demand for real estate in Prague is steadily growing, as young professionals come here, also large companies open their offices in the capital.

In such conditions, when demand greatly exceeds supply, it is not surprising that real estate grows in value and attracts more and more investors. Since 2014, according to the consulting company Deloitte, real estate in the Czech Republic has risen in price by 84%, which confirms the excess of demand over supply.

If we analyze the number of issued building permits for the new apartments per 1000 residents over the last 5 years, then in comparison with other regions of the Czech Republic and major European cities, Prague shows a rather low result.Thus, the number of approved for the construction new apartments is 3.4 units per 1000 residents in the capital, which is 3 times less than in Warsaw and Bratislava and 2 times less than in Vienna and Munich.Last year the construction of 38 677 new apartments started in the Czech Republic. The largest number of apartments will appear in the Central Bohemian region – 6 489. In Prague, on the contrary, the high number of new apartments should not be expected and, according to analysts, by 2030 the deficit may reach 100 thousand of new apartments. In this regard, we can expect that in the forecastable future the cost of the apartments in Prague will only continue its growth. 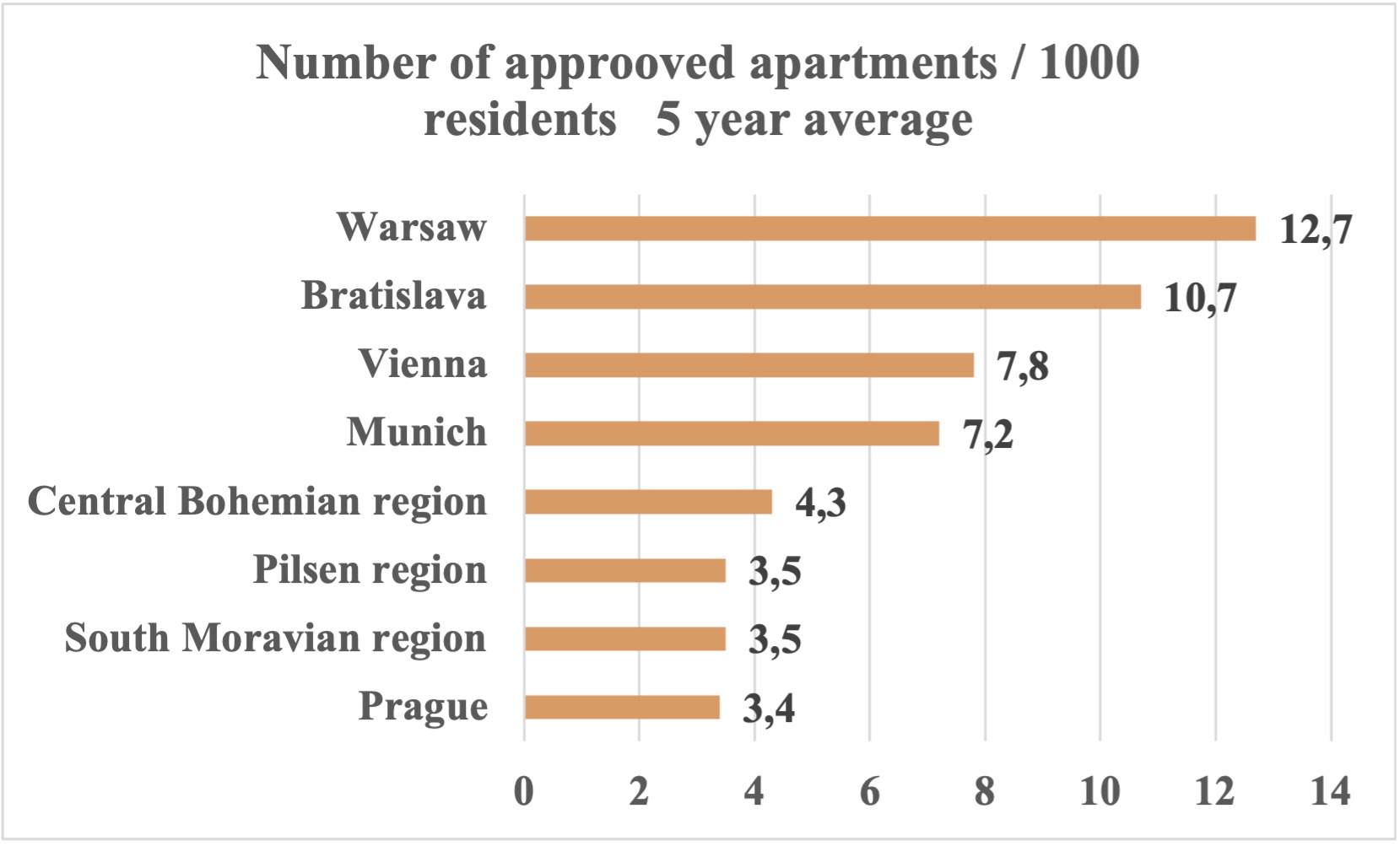