According to the Austrian Central Bank, the Czech Republic ranked third place in Europe in terms of the growth rate of real estate prices in relation to wages. Only Luxembourg and Hungary had higher results than the Czech Republic.

Prices of the apartments in Prague reached one hundred thousand crowns per square meter, and in other cities of the Czech Republic the cost came to 50-80 thousand crowns per square meter. However, it is worth noting that wages outside of Prague are lower. According to the study of RealityMix, the average rental cost of an apartment in Prague in terms of square meters is about 300 crowns, which is comparable to the level of rental prices in the German capital - Berlin. Over the past year, the value of real estate in the Czech Republic has increased by more than 10 percent, and since 2014 by 84%.

The stable growth of real estate prices in the Czech Republic is explained by many factors such as the decrease of mortgage rates and bank requirements for obtaining a mortgage loan, the abolition of the real estate purchase tax and many others. However, the main reason for the increase of real estate prices in the Czech Republic is its shortage. During the last years, we can observe a tendency of reducing the number of realized objects. For example, in 2020, according to the Czech Statistical office, there were completed 34 thousand of new apartments, which is two thousand less than the previous year’s result. The number of new projects is also decreasing. To cover the population's housing needs, it is necessary to build more apartments. However, due to the difficulties with obtaining a construction permit and long approvals, we can see the delay of the project implementation process. The new construction law, which will come into force in 2023, should reduce the bureaucracy and speed up the obtaining of the construction permits. So, in the near future we can expect the appearance of the greater number of interesting development projects. Below you can see the rating, which includes 7 countries with the highest growth rates of real estate prices in Europe in relation to wages in 2020. 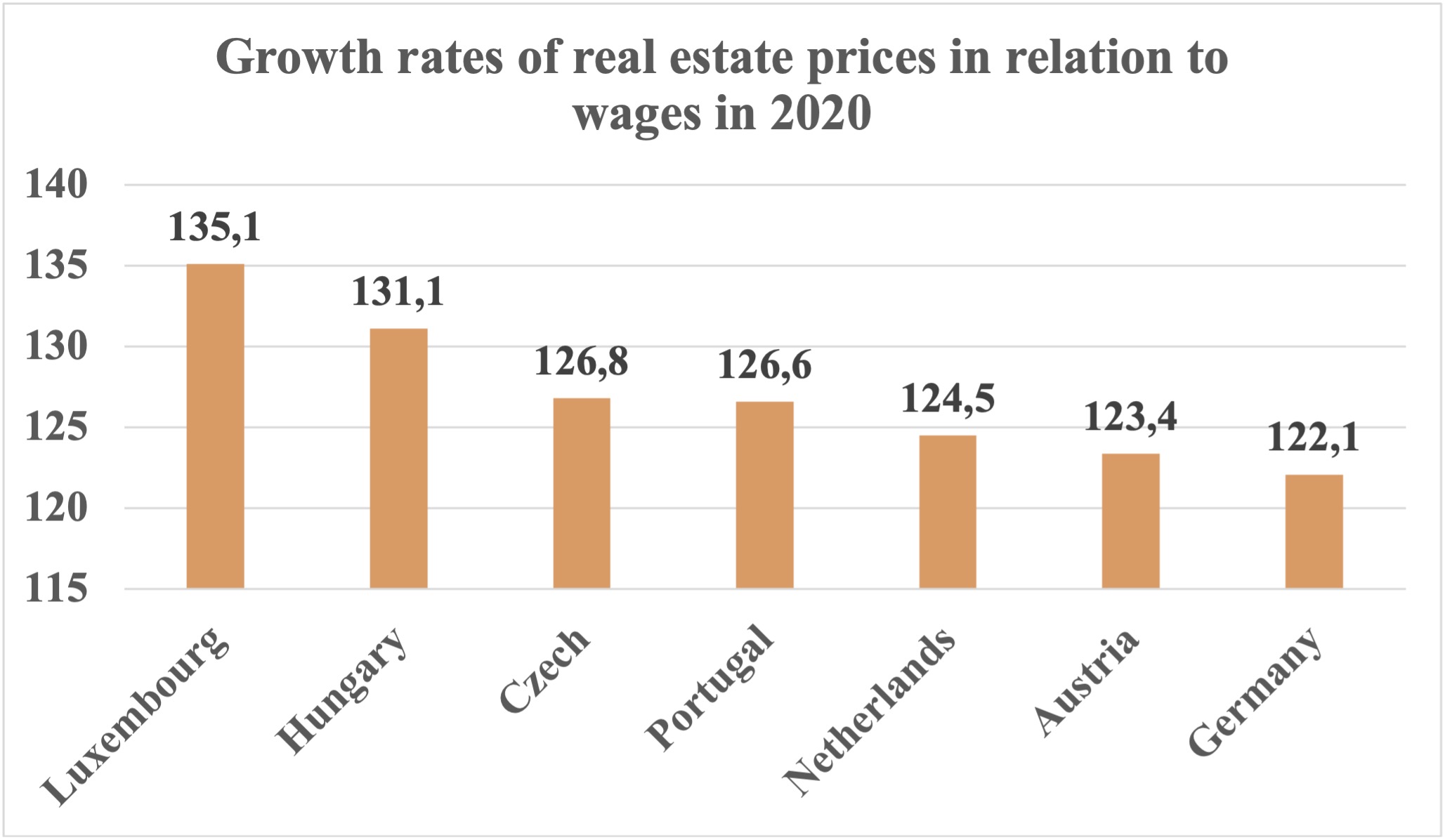